Where is that $600 Billion exactly? 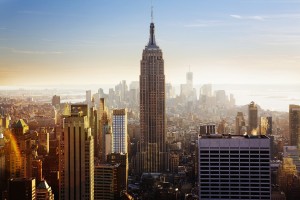 Critics of Self-Managed Super Funds (SMSFs) sometimes point to the ATO Statistical reports and become apoplectic about the fact that only 1% of the $600 Billion in SMSFs is invested in International shares.

That statistic is sometimes used as evidence that SMSFs are failing to manage their funds well, usually by groups which would benefit financially if many SMSFs were forced to close.

The ATO Statistical reports are based on real data of all SMSFs, so the sample size is 100% of the sector!

One problem is that the ATO has to wait for the lodgement of returns, so their annual reports are released about 18 months after the event. For example the June 2014 annual report was released in December 2015.

The ATO does release quarterly reports in the meantime, but these are necessarily based on extrapolations or “best guesses”.

Another problem is that the ATO includes “Listed trusts”, “Unlisted trusts” and “Managed funds” as asset classes.

This brings to mind a number of prospective investors who used to ask “should I invest in shares, property or superannuation?”

Clearly both superannuation and managed funds or trusts are merely vehicles through which you can own or access shares, property and other asset classes.

So to get an idea of the level of exposure to International shares SMSFs are really taking, we have to “look through” the managed funds and trusts, using a reasonable assumption of the typical mix of assets.

Some managed funds and trusts are solely used to access International shares, but some are used to solely access fixed interest investments, such as government bonds or debentures, and some are used for a balanced mix of growth and defensive assets.

By our reckoning at SMSF Benchmarks, using a “look through” approach on the 2014 Annual ATO Statistical report, the true amount in international shares may be around 6%, which is still low in comparison to large managed funds, but significantly higher than the often quoted 1%.

Other organisations publish data, but there are usually limitations. For example, in SuperConcepts’ Investment Patterns survey March 2016, they took a large sample of SMSFs on their administration service, and estimated that the true exposure SMSF’s have to International shares is 12.6%.

Their reasoning sounds solid until you read the last sentence in their 7 page document, which is commendably provided in an open and transparent manner.

“The vast majority of SuperConcepts administered SMSFs have a wide range of financial advisers providing investment advice to trustees and this may make the analysis results different to the wider SMSF community.”

It is perhaps staggering to realize that for the $600 Billion invested in SMSFs, no-one actually knows the true asset allocation of where it is all invested, which makes it hard for SMSF trustees to get good benchmarking information about some aspects of their fund.